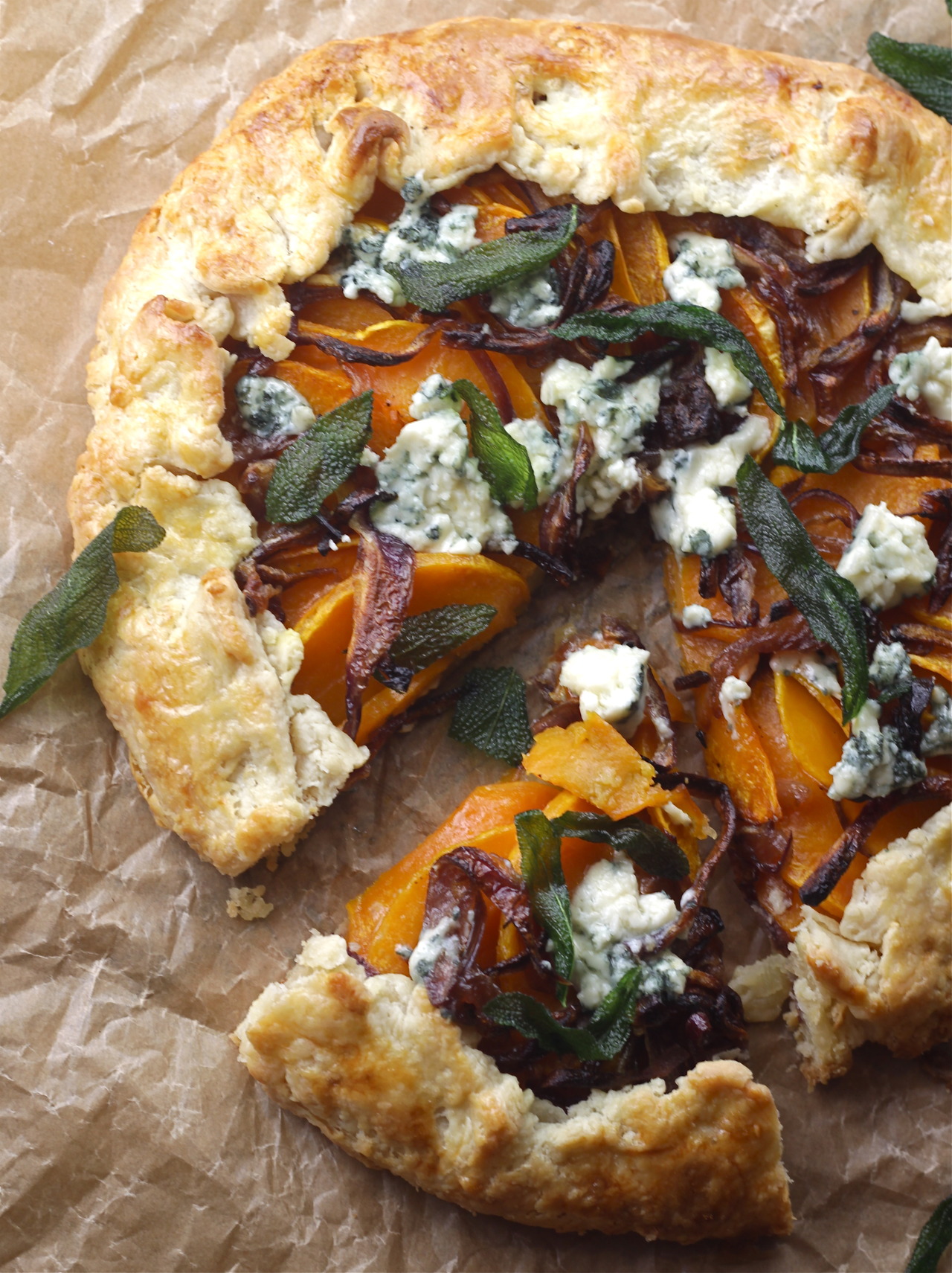 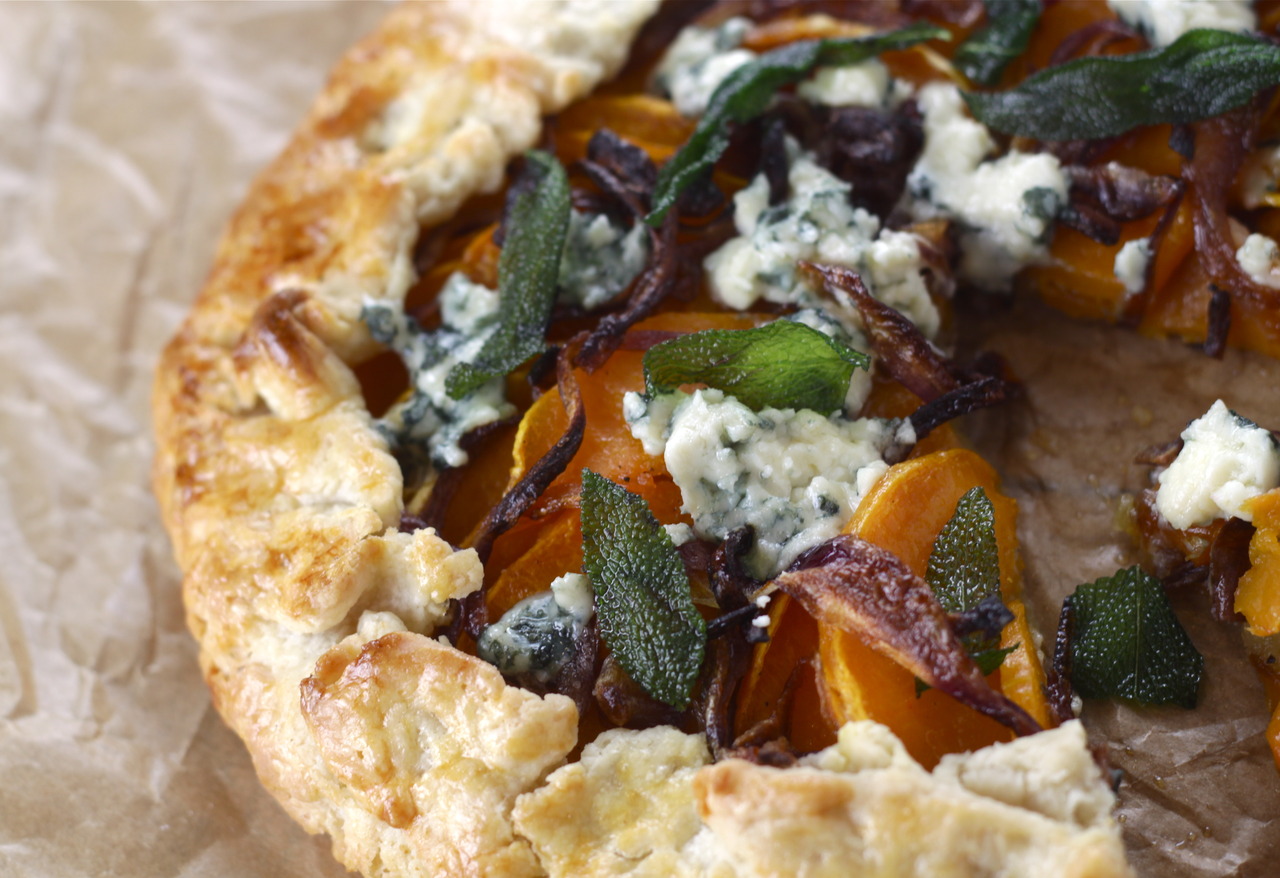 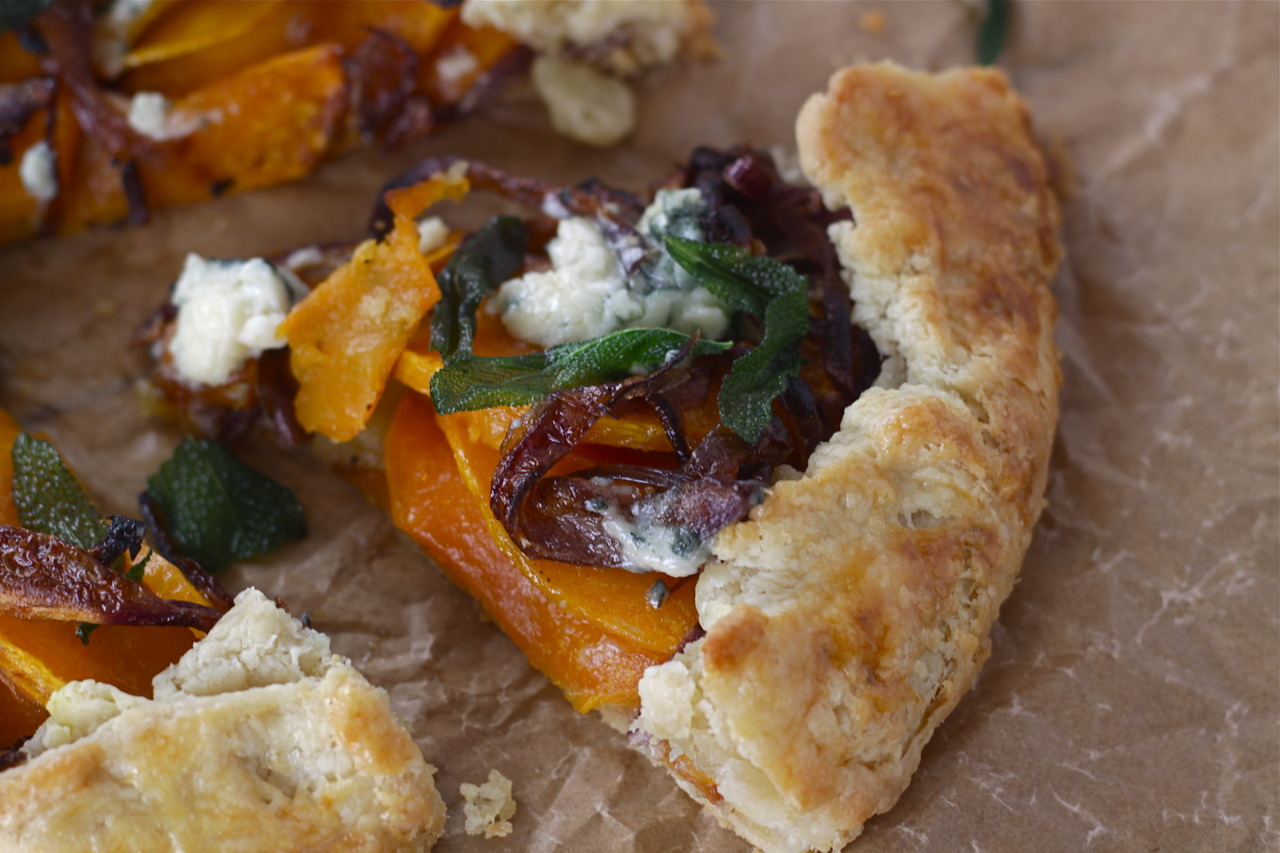 I’ve been laying out my goals for 2013 and I must say I’m pretty excited about what’s to come for The Bored Veg in the next several months. Some things are already in motion, some I’m still working on (hey, it’s only January 2nd). One area I want to focus on is incorporating more baking into the blog. It sounds silly, but baking has always intimidated me. It’s so exact and… scientific. So much of what makes a delicious baked good is ingredients reacting with one another, temperature etc. Not to mention the fact that my convection oven is a giant POS and it’s difficult to evenly cook anything. Anyway, my point is that 2013 will be the year of baking. Or slightly more baking. This galette was the perfect way to get things started.

Whisk together flour and salt in a bowl. Add chopped butter and use a pastry blender to cut the butter into the flour until the butter pieces are no bigger than a pea. The flour should be a meal consistency. In a small bowl, whisk together the lemon juice, ice water and sour cream. Add to the flour & butter mixture and mix together with your hands until the dough forms into large lumps. Pat the dough into a ball, being careful not to overwork. Wrap in plastic and chill for an hour in the refrigerator.

Preheat oven to 350. Toss butternut squash with olive oil and spread on a baking sheet. Sprinkle with salt and roast in the oven, turning occasionally until the squash is cooked through. In a saute pan, heat 1 1/2 Tbsp of olive oil. Add onion and toss in olive oil. Saute over low/medium heat for a few minutes and then sprinkle onions with salt. Continue to cook over low/medium heat until onions caramelize (up to 30 mins). In a saute pan, add a couple of inches of canola oil and heat over medium heat for about a minute. Test a sage leave – it should crisp up in about five seconds. Be careful not to brown the leaves. Fry all sage leaves and drain.

Preheat the oven to 400 degrees. Remove dough from the fridge and roll out into a 12-inch circle on a well floured work surface. Transfer onto an ungreased baking sheet. Leaving about 2 inches around the edge, layer the butternut squash in a spiral towards the center. Spread the caramelized onions over the top. Fold over the edges of the dough, pinching together where needed so that it partially covers the filling. Brush the crust with the egg yolk mixture. Bake in the oven about 30 to 40 minutes until the crust is a golden brown. Turn off the oven, pull the galette partially out and sprinkle with cheese and sage. Return to the oven until the cheese melts slightly. Remove from oven and transfer to serving plate. Cut into wedges and serve.