Cauliflower Soup with a Parmesan Crisp and Truffle Oil 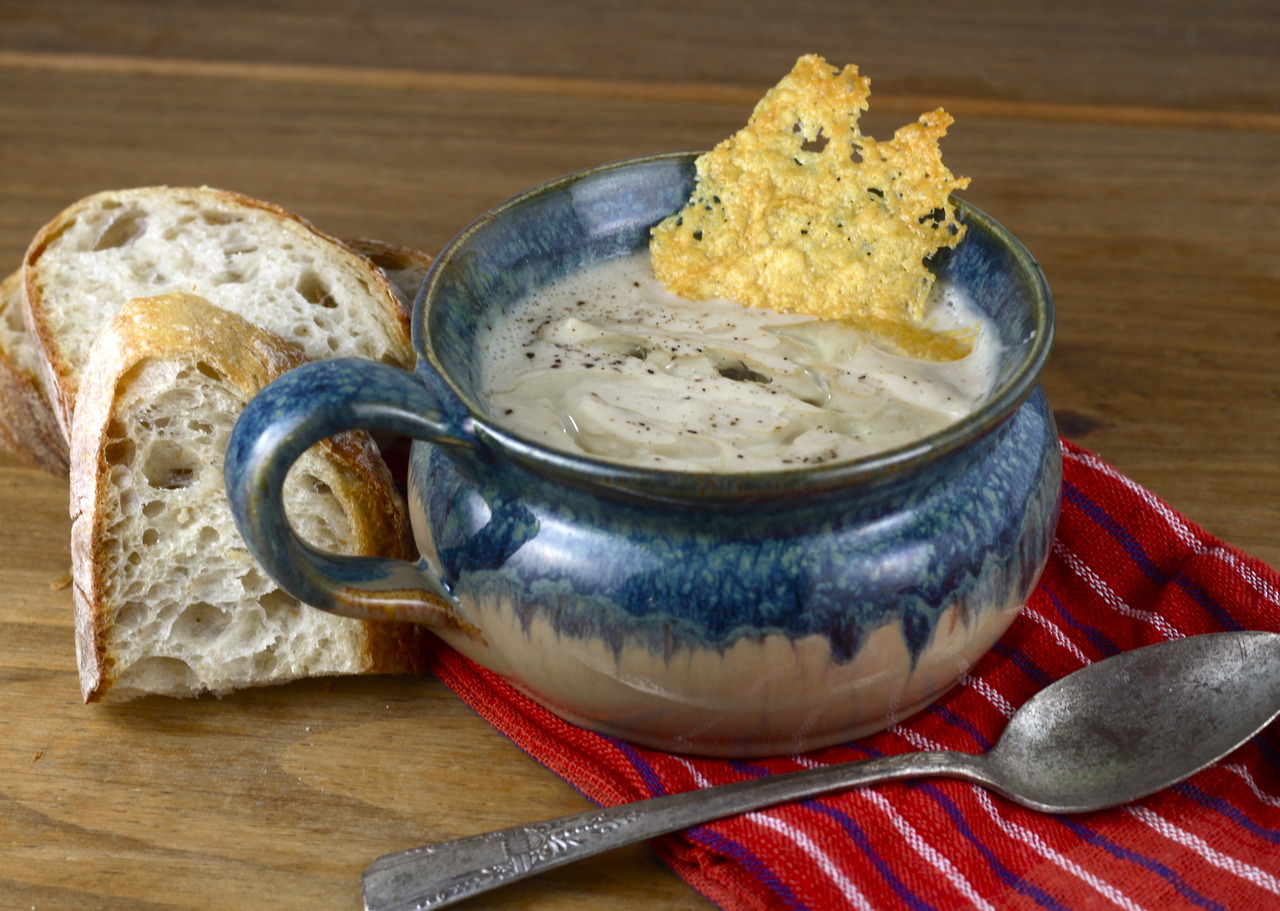 When I’m feeling a little uninspired in the kitchen, sometimes all it takes is a visit to an amazing restaurant or two to get the wheels turning again. Usually it’s because I’ve had a new combination of ingredients or take that I hadn’t considered, but sometimes I get inspired to recreate a dish that isn’t as good as I think it could have been. Case in point the cauliflower soup I had a place in Bushwick recently. While it wasn’t terrible, I thought it was missing the rich silkiness (ew, that word) that cauliflower can create. I decided I should try my hand at it at home to see if I could make a version that captured the comforting and warm feeling that soup should give in the deep hellish depths of winter (also known as February in New York.)

In a large pot, saute chopped onion and garlic on low/medium heat until translucent. Chop cauliflower into small, manageable pieces. Add to pot and cover with vegetable stock. Turn heat to medium/high until cauliflower is very soft, about 15-20 minutes. Turn off heat and allow to cool slightly. Using an immersion blender, blend the stock and vegetables until smooth. Add half & half and continue to blend. Salt and pepper to taste. If soup is too thick, you can add a little water or more half and half. If it’s too thin, continue to cook until to desired thickness. Serve hot in a bowl with a drizzle of truffle oil and a parmesan crispFor the Parmesan Crisp1 cup shredded Parmesan Cheese(for those asking, BelGioioso makes a rennet-free parm)Preheat oven broil. Cover a cookie sheet with parchment paper and spread cheese in an even layer so that you can’t see the area of paper, about 4-5 inches around. Broil in oven until cheese melts and begins to crisp and brown. Remove from oven and allow to cool. Break into pieces and serve with soup.

Thanks to Mardi of Sprout & Pea for coming over for dinner and to share an amazing bottle of First Fruit from Shinn Vineyard on Long Island that I’ve been holding onto for far too long. It’s time I made a trip back there…